The more I listen to, read about and consider the progress (or lack of it) of the project that is called Improving Access to Psychological Therapies (IAPT) the more thoughts of the actions of the generals in World War One spring to mind. Haig was a classic study in the unwavering belief of cavalry even in the face of machine guns, he had no idea of the conditions his troops were fighting in, he believed that numbers would win out, just like MacNamara fifty years later in Vietnam.Both believed in numbers, sheer volume would win the war for them.

Clark, and his side kick Lord Layard, like his ignominious predecessors, consider that sheer volume of numbers will be sufficient to defeat the epidemic that is mental illness. While Clark and Layard’s numbers are statistics, people are still dying as a result, those sent to fight the war are still being burned out by sheer effort of trying to help others in impossible conditions. For example, 50% of professionals working in front line mental health services are suffering psychological distress, the conditions are intolerable yet most are too frightened to say so. The pressure to achieve a “50% success rate” means that statistics are skewed or even changed to achieved the necessary figure. Professionals are sent for retraining if they don’t achieve and then sent back into the frontline. In the First World War, many soldiers had their wounds stitched up and were then sent back into the front line. As I type this it reminds me of the horses ridden by the toreadors in bull fights; if the horses were gored by the bull they were taken out of the ring stitched up and sent back into ring immediately – amazing cruelty. The same is happening to frontline staff in IAPT.

Yet the politicians are being fed an amazing story of success, in exactly the same way that Haig and others in the First World War sent back messages that told the politicians how well they were doing.

This quote from Historynet really sums it up:
“Haig waged the ensuing political battle with customary remorselessness and prevailed in the bureaucratic trenches. He got everything he wanted in the way of men and materiel for what became known as Third Ypres or Passchendaele, a battle remembered for, among other things, terrain so wet the entire world seemed to consist of nothing but mud and shell holes filled with vile water. Indeed, in no land battle in history did so many men die by drowning.” 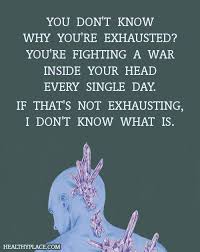 So many people are drowning as a result of the disaster that is the Project called Improving Access to Psychological Therapies, clients and professionals alike; yet the politicians remain enamoured of the project’s ability to blame the individual for their failure. It matters not whether it be client or professional, the failure lies within the individual, this is the overbearing ideology of the current government and those who seek to prove the model that is supposed to be Improving Access to Psychological Therapies.

Like Haig, Clark seeks to prove his model by asking for more troops (which, like Haig, will be refused; the worst of all worlds) rather than look at the overwhelming evidence that it is not working. For example, of all those who are referred to the service only 16% make some kind of recovery based upon the analysis of psychometric tools. From a service point of view this is a disaster. No company would continue to function on that basis. Yet the government continues to prop up the project on the basis that it is making a difference. What makes it worse is that IAPT continues to mark its own homework – it is time for an independent review.

There has been no measurable difference to the well being of the country as a whole, and only a few lucky people have benefitted as individuals. With regard to the overall well being of the country we are slipping behind that of other nations and if austerity continues the environment will only continue to get worse. As I have said so many times before, a toxic environment cannot be combatted by providing a leaky gas mask. Therapy and resilience training are no match for a cruel and heartless environment created by cruel and heartless politicians.