A year ago the British Journal of Clinical Psychology published my paper ‘Ensuring that the Improving Access to Psychological Therapies (IAPT) programme does what it says on the tin’  60(1), 38. https://doi.org/10.1111/bjc.12264. This month in the Journal there is a further damning indictment by Martin et al (2022) ‘Improving Access to Psychological Therapies (IAPT) has potential but is not sufficient: How can it better meet the range of primary care mental health needs?’ 61, 157–174, DOI:10.1111/bjc.12314.

The British Association of Behavioural and Cognitive Psychotherapies (BABCP) ought to look seriously at the promotion of its’ IAPT comic ‘CBT Today’. Interestingly in its’ recent issue it managed to omit that I was one of those who made a submission re: the proposed NICE Guidance on depression. Further, only one of the others who made submissions were given their adjectival title, the leading light in IAPT. The British Psychological Society (BPS) should reconsider its validation of low intensity IAPT courses, in the absence of any credible evidence base on real-world effectiveness.

last week I wrote to Professor Grisham, the Editor of the Journal complaining, inter alia, of IAPT’s failure to declare a conflict of interest over the paper by Wakefield et al (2020) in the current issue, see link https://doi.org/10.1111/bjc.12259.  The Journal has responded  by formally inviting me to write a commentary, which subject to peer review, will appear alongside a response by the said authors. The text of my letter was as follows:

Re: Improving Access to Psychological Therapies (IAPT) in the United Kingdom: A systematic review and meta-analysis of 10-years of practice-based evidence by Wakefield et al (2020) https://doi.org/10.1111/bjc.12259

In this paper all the authors declare ‘no conflict of interest’. But the corresponding author of the study Stephen Kellett is an IAPT Programme Director.  This represents a clear conflict of interest that I believe you should alert your readers to. The study is open to a charge of allegiance bias.

I am concerned that in their reference to my published study “IAPT – The Need for Radical Reform”, Journal of Health Psychology (2018), 23, 1136-1147 https://doi.org/10.1177%2F1359105318755264 these authors have seriously misrepresented my findings. They chose to focus on a subsample of 29 clients, from the 90 IAPT clients I assessed for whom psychometric test results were available in the GP records. I warned that concluding anything from this subsample was extremely hazardous.  The bigger picture was that I independently assessed the whole sample using a ‘gold standard’ diagnostic interview and found that only the tip of the iceberg lost their diagnostic status as a result of IAPT treatment. Wakefield et al were strangely mute on this point.  They similarly fail to acknowledge that their study involved no independent assessment of IAPT client’s functioning and there was no use of a ‘gold standard’ diagnostic interview.

The author’s of Wakefield et al (2020) compare their findings favourably with those found in randomised controlled trials efficacy studies, suggesting that IAPT’s results approach a 50% recovery rate. But there can be no certainty of matching populations. In the said study there was no reliable determination of diagnostic status, thus there is no way that this heterogenous sample can be compared to homogenous samples of different primary disorders e.g obsessive compulsive disorder, adjustment disorder etc.

It is unfortunate that the British Journal of Clinical Psychology has allowed itself to become a vehicle for the marketing of an organisation which has only ever marked its’ own homework. The published study also calls into question the standard of the peer review employed by the Journal.

At least we are getting to open debate, which is more than can be said for BABCP’s in-house IAPT comic, CBT Today. 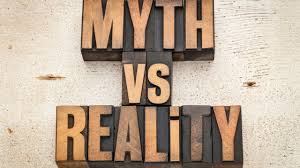 here is the CBT Today article rejected not by the Editor, but by the power holders, I wrote:

The Improving Access to Psychological Therapies (IAPT) Programme has only ever marked its’ own homework, making claims for its’ effectiveness suspect. IAPT and its’ devotees (see February issue of CBT Today) are it seems undeterred by the absence of a publicly funded independent evaluation.  The CBT Today articles cite no contrary evidence to IAPT’s claim of a 50% recovery rate, despite a whole issue of the Journal of Health Psychology for August 2018 being devoted to the matter and in which my work suggested a likely 10% recovery rate.  In my paper ‘IAPT – The Need for Radical Reform’ I also detailed the stories of the recipients of IAPT’s services. None of the powerholders have actually spent time systematically listening to the experiences of IAPT clients.

IAPT Is Highly Persuasive and Misleading

Unfortunately, the NHS, Clinical Commissioning Groups, BABCP, BPS and the Media hierarchies have bought into IAPT’s outstanding marketing, with dissenters not allowed a voice.  When the crowd is behind you, you are probably facing the wrong direction. It is disturbing when only the powerholders and progenitors express support for the IAPT programme.

The ‘gold standard’ of independent assessment using a standardised diagnostic interview has been jettisoned with regards to IAPT, yet it was the hallmark of the randomised controlled trials that it professes to base its’s treatment on. Espousal of compliance with NICE guidelines has become a key marketing ploy by IAPT, richly rewarded – £4billion since its’ inception over 10 years ago. Yet there is no evidence that IAPT reliably establishes a base of diagnosis on which is built disorder specific treatment targets and strategies.

The Way to Hell Is Paved With Good Intentions

Nobody doubts the importance of improving access to psychological therapies, but by 2015 from conversations I was having with former IAPT clients, it was becoming increasingly obvious that they thought the system was radically failing them. Analysis of 90 clients assessed using a standardised diagnostic interview revealed a 10% recovery rate i.e only the tip of the iceberg lost their diagnostic status whether or not they were treated pre or post their personal injury [Scott (2018)].  The National Audit Office began an investigation into IAPT, its’ stated mission was to assure healthcare bodies such as Clinical Commissioning groups of the integrity of the IAPT data but it never got around to doing this.  In June 2018 the NAO stopped its’ investigation because of other pressing concerns including Brexit and the collapse of Carillion.

On November 13th 2019 BBC Radio 4 and Radio 5 Live voiced the concerns of some IAPT therapists that they were pressured to falsify test results, but their voices were drowned out by that of the President of the BABCP and Lead Clinicians for IAPT, the media went with the powerholders – none of the 3 hours of my recordings were aired, nor that of the hour long interviews with an IAPT worker and a client who had been through IAPT twice.  A former IAPT client treated by them after the Manchester bombing was unfortunately too upset on the day to give a live interview and only a minute of hours long pre-recorded interviews was broadcast.  The media approach amounted to ‘let’s show we are on the side of mental health, it takes too much effort to think the issues through, so let’s go with the powerholders and present a positive message’, an approach that mirrors journals propensities to only publish positive results.

In the same month I sent a letter to my local Clinical Commissioning Group protesting that Talk Liverpool’s just published claim of an 89% recovery rate was suspect as the IAPT’s national claim was a mere 50% recovery rate. I expressed a view that these exaggerated claims may have fuelled the 25% increase in Talk Liverpool’s funding, rising to £10 million in the coming financial year.  The Liverpool CCG have not even bothered with the courtesy of a reply. If Talk Liverpool had truly discovered some clinical secret they would be top of the agenda at IAPT’s Best Practice meetings, this is not the case.

The BABCP Has Become An Ambassador for IAPT

It has done nothing to look after the two thirds of IAPT workers suffering burn out. It has squashed debate on IAPT in the pages of CBT Today, pays lip service to evidence-based treatment and fosters alleged CBT. The very credibility of BABCP is at issue, my hope is that the new President addresses these issues.

To disagree with my article is fine but not to engage in open debate is totalitarian. I am not holding my breadth as Andrew Beck takes the matter to the BABCP Board.

the deeply unpopular sibling of Mental Health Awareness Week, who can be found muttering in the corner, that only the tip of the iceberg of those who receive routine Talking Therapy  recover, (see link, https://connection.sagepub.com/blog/psychology/2018/02/07/on-sage-insight-improving-access-to-psychological-therapies-iapt-the-need-for-radical-reform/).   Whilst his sibling proclaims a new dawn awaits us if Society would just provide more funds for the UK Government Improving Access to Psychological Treatment (IAPT) service, secondary care and MIND. This increased funding would she believes help in the colonisation of more and more areas of human suffering from Birth Trauma (see CBT Today May 2020) to long term conditions, with IAPT recovery rates of 50% already for depression and the anxiety disorders.

The focus of this year’s Mental Health Bewareness Week, might well be on the absence of any publicly funded independent evaluation of routine psychological treatment despite over £4billion of the taxpayer’s money being spent on IAPT. In the dire financial circumstances that the UK government finds itself in the questions for this week are:

Unfortunately the devotees of Mental Health Awareness Week are blissfully unaware that there is another story, of clients having been failed for the past decade with little prospect of getting a service that they would consider would return them to their normal (or best functioning).

writing in the current issue of BABCP’s in-house magazine CBT Today, Jason Roscoe, comments that the service may be likened to Frankenstein. His intentions were good but the outcome monstrous.

He reflects ‘the gap between what the literature advises and what management allow seems to be widening leaving the patients as the ones who are being given sub-therapeutic, watered-down CBT’.

Jason continues ‘The result? A revolving door where patients return in quick succession f or multiple episodes of treatment with a different therapist each time…..not only this IAPT also seems to be making its own workers ill with reports of compassion fatigue and burnout not uncommon’

David M Clark the leading light in IAPT was invited to reply (but his status in IAPT was not referred to) and in essence he says the Service should not be as Jason describes because of the IAPT Manual (www.england.nhs.uk) and re-iterates his claim that 5 in every 10 of those undergoing treatment (attending 2 or more sessions). This is very misleading (see Barry McInnes’s, independent analysis of the IAPT data set in a previous post).

The editor of CBT adds a tailpiece ‘Please note – no further correspondence on this will be entered into’. I have written to the editor asking who decided this and on what basis. I note that BABCP has never allowed any criticism of IAPT by anyone independent of IAPT in its pages. It is deeply disturbing that in the same issue of CBT Today there is a piece titled ‘BABCP Response to the NHS 10 Year Plan’ and states “BABCP welcomes the celebration of IAPT services in England as ‘world leading’…We support continued funding of IAPT training places”.

Stay and Change Things In BABCP?

There is a need within BABCP for a broad church with regard to IAPT, but opposing views, from anyone independent of IAPT are not represented in journals or at conferences. A colleague recently described the situation as Stalinesque, (indeed Jason may have committed professional suicide) the danger is that people will vote with their feet, but this is made difficult as BABCP accreditation is a pre-requisite for many posts. The ‘stay and change’ gong has been sounded loudly in our political parties and it is echoing in BABCP but some will think (if only privately) what’s the point? Perhaps going through the motions. I continue to do my bit, chairing the recently formed Group CBT SIG and running a workshop, but I have grave misgivings.