the Government and the Criminal Injuries Compensation Authority (CICA) should be put in the dock for the abuse of the poor. 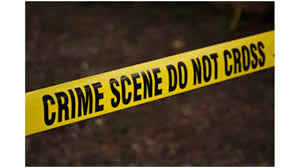 I recently came across ‘X’ she was seriously assaulted a few years ago by a group of youths and thought that she would never see her daughter again. For the past 18 months she has been effectively housebound with panic attacks and PTSD. She is unemployed and not eligible for Legal Aid. The CICA told her that she would need a report from a Consultant Psychiatrist or clinical psychologist to stand any chance of reversing their decision not to give her an award. But she did not have the financial resources to secure such a report nor to instruct a solicitor.

The CICA looked at her records and concluded that because she had had a previous post traumatic stress reaction her debility was entirely due to that. By definition PTSD is tied to a clearly specified trauma, and I found that her flashbacks nightmares were entirely of the assault and not of earlier negative life events. Further her significant avoidance of going out only began after the assault. This was corroborated by her GP records and notes from her IAPT therapist. The CICA totally failed to distinguish normal distress in response to negative life events from disorder. The CICA were intent on mis-attributing her ‘PTSD’ to pre-existing difficulties.

‘X’ has found the whole business of mounting an appeal overwhelming and has been re-traumatised by it. She had 8 telephone counselling sessions with IAPT which she said helped  ‘slightly’ in that she learnt breathing exercises for her panic attacks. But she has continued suffering from PTSD, depression, panic disorder and social phobia. IAPT failed to flag up any specific disorder/s. She can’t afford private psychological treatment.

Earlier this week a woman was interviewed incognito on BBC television, she had been raped and had 12 months of counselling with Rape Crisis. She then sought NHS treatment and was told she could not have it because she had already had ‘speciality treatment’. This came after she had already been re-traumatised by the defence Barrister in the rape trial!  I am lost for words to describe this secondary abuse.  It wasn’t clear from the interview which NHS service she had sought help from. 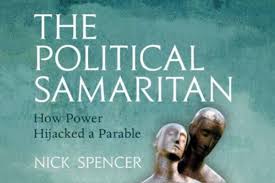 The Government should be put in the dock for not holding the CICA, IAPT and barristers to account.  They   should be challenging their public health  officials who sanction the funding of an IAPT service to the tune of £4 billion and which makes no real world difference to those like ‘X’.