in a blog written just before the demise of Public Health England I noted  the’Breathtaking Naivety of Public Health England On Mental Health’, https://wp.me/p8O4Fm-2HI. My hope is that its’ replacement the National Institute of Health Protection (NIHP)  will question why £4billion of the taxpayers money has been spent on the Improving Access to Psychological Therapies (IAPT) Programme, without any publicly funded independent evaluation of the service. My own independent finding was that only 10% of  those going through the IAPT service recover and that the public are very dissatisfied https://connection.sagepub.com/blog/psychology/2018/02/07/on-sage-insight-improving-access-to-psychological-therapies-iapt-the-need-for-radical-reform/ ,. By contrast IAPT claims a 50%  recovery rate, but my just published paper in the British Journal of Clinical Psychology, https://onlinelibrary.wiley.com/doi/10.1111/bjc.12264#.XzwEMhZvXuk.email  casts serious doubts on the Services claim.

I have written to Baroness Harding of Winscombe, Dido Harding, the head of NIHP  to clarify whether the NIHP is indeed going to be the monitor of IAPT’s performance and if not who is? I have also stressed that no agency, including IAPT, should be allowed to mark its’ own homework.   It is imperative that a the metric for gauging the effectiveness of a service is one that the general public would recognise as meaningful, such as being independently assessed as no longer suffering from the disorder that they first presented with, as opposed to a surrogate measure, such as a change of score on a psychometric test completed in the presence of the therapist.

As MPs resume sitting in Parliament it is critical to ask who will now be in charge of ensuring IAPT does what it says on the tin and how will this QUANGO be made accountable?

the Journal yesterday published my critique, ‘Ensuring IAPT Does What It Says On The Tin’ https://onlinelibrary.wiley.com/doi/10.1111/bjc.12264#.XzwEMhZvXuk.email of the recent IAPT ( Improving Access to Psychological Therapies) paper, by Wakefield et al (2020). 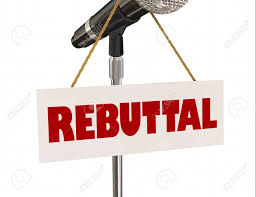 £4bn has been spent on IAPT without publicly funded independent audit. This is a scandal when the best-evidence is that only 10% of those using the service recover. There is no evidence that the Service makes a real world difference to clients’ lives, returning them to their old selves/no longer suffering from the disorder that they first presented with for a significant period. The claimed 50% recovery rate by the service is absurd.  Not only has the now defunct Public Health England  mishandled the pandemic, but it has had a matching performance on mental health. It is too early to judge whether the newly formed Health Protection Board will grasp the nettle of mental health. But I doubt that it will until there is open professional discussion that the present IAPT service is not fit for purpose. It will likely need the involvement of politicians to ensure radical reform of IAPT and that mental health is not again kicked into the long grass.

the Government’s flagship mental health provider, Improving Access to Psychological Treatments (IAPT) has been a serial offender when it comes to non-declarations of conflicts of interest. If this were not enough, IAPT has been allowed to mark its own homework. It has not been subjected to publicly funded independent evaluation. All despite the taxpayer paying IAPT’s bill of £4billion. Unfortunately determining which publicly funded ‘Experts’ decided what, when and in collaboration with whom is likely to be as daunting as discovering who decided what with regards to the pandemic.  It’s about as transparent as our major rivers. But there is a pressing need for a public inquiry.

IAPT’s latest violation occurred in a paper examining the agencies data in last months British Journal of Clinical Psychology https://doi.org/10.1111/bjc.12259., when an IAPT Programme Director and corresponding author  declared no conflict of interest. I protested to the Editor Professor Grisham about this violation and  that the authors, though citing my study of 90 IAPT clients failed to mention the key message of the study was that the recovery rate was 10% https://doi.org/10.1177%2F1359105318755264. These authors positively framed their findings to underline the frequently re-iterated claim of IAPT that it approaches a 50% recovery rate. My Commentary on the Journal article has been accepted for publication in it  in the near future.

Violation By The Prime Movers In IAPT

In 2018 a study was published in the Lancet, and funded by the Wellcome Trust, and headed ‘Transparency about the outcomes of mental health services (IAPT approach): an analysis of public data’ and states:

‘Role of the funding source
The funder of the study had no role in study design, data
collection, data analysis, data interpretation, or writing of
the report. The corresponding author had full access to
all the data in the study and had final responsibility for
the decision to submit for publication’.

But there is no mention that the lead author is the leading light in IAPT, and that with one of the other authors, Lord Layard, they were the architects of IAPT.

In July 2017 I protested to the Editor of Behavior Research and Therapy (BRAT), that no conflict of interest had been declared in a paper authored by Ali et al published in that month’s issue of the Journal, https://doi.org/10.1016/j.brat.2017.04.006 focusing on IAPT data on relapse after low intensity interventions. I pointed out that the lead author headed the Northern IAPT research network.

In October 2015 Behavioural And Cognitive Psychotherapy published a paper by Kellet et al about an IAPT service ‘Large Group Stress Control’ https://doi.org/10.1017/S1352465815000491 this was authored by an IAPT teacher and researcher and appears without any statement of conflict of interest. 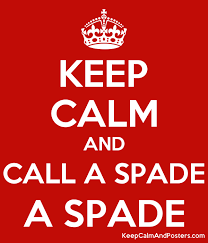 But Improving Access to Psychological Therapies (IAPT) therapists typically concentrate on whether there has been an improvement of 6 points on the PHQ9, with no attention to how long the improvement has persisted and they are then ejected from treatment.  Client’s are not asked whether the said change on the psychometric test constitutes a minimally clinically significant improvement in their condition.  Nor is there any evidence that the chosen psychometric test is pertinent to the primary disorder for which they were seeking treatment. The typically administered PHQ9 and GAD7 are highly correlated and may not even represent separate constructs i.e depression and generalised anxiety, and by themselves are dubious vectors for directing treatment.

It is a sleight of hand to claim that the 6 point improvement on the PHQ9 or indeed scoring below 10 at post treatment say anything meaningful about the client’s real world if the test is used outside the context of a standardised diagnostic interview that identified depression as the primary disorder. Using the psychometric tests out of such contexts has more to do with income than outcome. For the unwary such changes seem ‘significant’ but the same change is observed in clients followed up without psychological therapy [see Gilbody (2015)]. Unfortunately it has proven all to easy to dupe Public Health England and Clinical Commissioning Groups. At present it seems it is too embarrassing for them to admit they have allowed themselves to be hoodwinked for years.

no one is available to answer, why over £4billion has been spent on the Improving Access to Psychological Therapies (IAPT) service without independent evaluation. There should be a call to action when the best available evidence indicates that only the tip of the iceberg of IAPT client’s recover https://doi.org/10.1177/1359105318755264. Which Government Minister is responsible? Does responsibility lie with Public Health England or NHS England? Are Clinical Commissiong Groups (CCG’s) simply acting under orders?

It is not good enough for the architects of the IAPT service to blandly assert it is a ‘world beater’.  There is no transparency with regards to decision making and implementation in IAPT. In the 3 years of cbtwatch no public powerholder has deigned to answer the concerns raised.  Media pressure did however evoke a response by IAPT’s, public advocates, Professors Clark and Salkovskis, who are hardly disinterested commentators, albeit that they are persuaders par excellence. Ministers, Public Health England and NHS England have maintained a deafening silence.

Interestingly the failure in transparency over IAPT resembles that of the handling of the pandemic. It is it seems impossible to discover who postponed testing.  There has been a parallel failure, over the last decade to publicly and independently test out recovery rates in IAPT.  My own findings are that the tip of the iceberg of service users get back to their usual selves.

We seem destined to go from one fiasco to another, but all it needs to avoid this scenario is honesty and care, it is fundamentally an ethical matter. This could start by taking the time to listen to what IAPT client’s are saying and to IAPT front line workers.

Business can make the case to the Conservative Government, that IAPT’s monopoly of the organisation of primary care mental health services (Talking Therapies) is not in the public interest.  Adding that independent assessment of performance is crucial to the delivery of any service, but IAPT has operated for a decade without such accountability – at a cost of £4billion to the taxpayer.

A. Ensure that Talking Therapies make a real world difference to clients lives, one that they could recognise. By insisting on i) the independent monitoring of services, on a sampling basis, that assesses client satisfaction and ii) the assessment of the proportion of clients who are returned to their old selves post treatment i.e how many loose their diagnostic status.

B. Inform Government ministers that it could make an administrative cost saving  by removing the need for therapists to spend time administering psychometric tests at each appointment.

The Businesses could also make the point to Government that their mental health advisers in Public Health England are essentially paid civil servants, who can only speak out with the permission of Government and whose dealings with IAPT are not open to public scrutiny.  There is a pressing need for a wholly independent transparent body charged with assessing the added value of all organisations that deliver Talking Therapies with Government funds. Such a body must go beyond operational matters of numbers and waiting lists and assess the clinical impact of services in a way that is scientifically credible.

With regards to assessing satisfaction, the Business could claim that they intend to ask an independent body to monitor satisfaction with their service by asking:

3. What would need to have been done for you to have given a higher       score?

The data collected can highlight individuals who really were pleased (they
are called promoters – scoring 9 or 10). It will also show those who were
ambivalent (passives scoring 7 or 8), and those who were not happy at all
(the detractors, scoring 6 or less). Understanding why the promoters are
happy is key as the lessons learned here could be applied to the other
groups. Equally, the feedback from passives and detractors can point to
issues that need to be addressed.
[ Greg, also suggested that this framework can also be used in a practitioner
centric way to help  determine  if a practitioner him/herself is ‘performing’
well – you calculate a score by subtracting the percentage volume of
detractors from the percentage volume of promoters. The resultant number is
called the net promoter score.  But my thought is that it  would need to be
complemented by some agreed measure of complexity of caseload. It  could be
easy to satisfy clients on your caseload if you only take  on easy cases. The
problem of complexity can be circumvented by ensuring therapists make
reliable diagnoses, including the assessment of comorbidity. So that the chief
outcome measure is loss of diagnostic status, but satisfaction is a
complementary measure].

and the lives of clients. They are well equipped for negotiation at the

highest level and many have pockets, deep enough to surmount any

levels that are endemic in IAPT’s modus operandi.